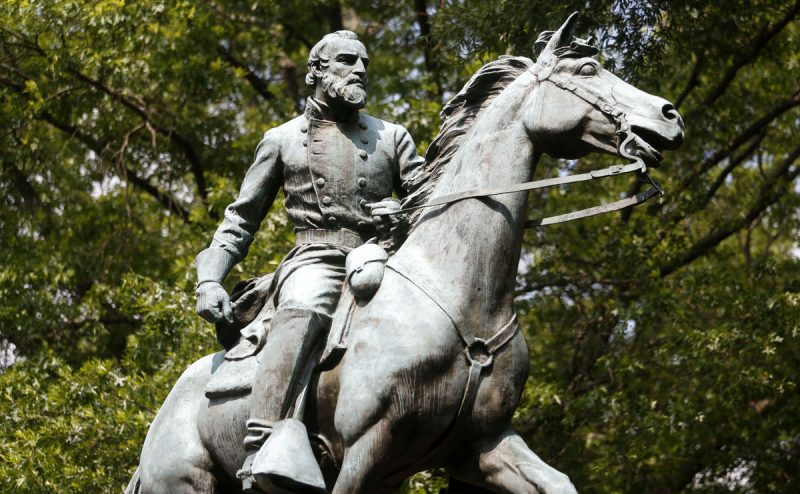 There is no truth or thirst for truth in Society. Truth is unwavering accuracy. Truth is the guiding light of intelligence, and sometimes, the Truth hurts. As in the case of the latest hysteria circulating around Confederate statues, nobody wants Truth to govern and guide. Both sides of the issue of whether to let these statues of men like Robert E. Lee stand or come down have corrupted the Truth of the issue and stand like screaming toddlers trying to get there way. Is there no adult in the room of civil discourse to intervene and stop the temper tantrums?! There is. It is called Truth and Truth says, “both of you go to time out.”

To better understand this issue one needs a modicum of understanding about the post-Civil War South. It had just lost the war, lost its economy, lost its way of life, and lost its sons and fathers. To save face and protect the memory of fallen loved ones it created this notion of “The Lost Cause.” The Lost Cause erected memorials to fallen soldiers, formed groups to commemorate the past, and erected statues of and made heroes of leaders. It was rooted in a desperate attempt to maintain and highlight the portions of the Southern culture and traditions that the citizens of the time deemed good. This is the basis of misguided notions of such things like the Civil War was fought for states rights. This is what some historians refer to as “bad history,” that is, the process of writing history done badly. This is revisionist history.

Those who stand in support of maintaining these symbols would be wise to understand, not just the strengths of these statues, but the faults within as well. Those who stand in opposition of these symbols would be wise to understand the original meaning of these statues. But, to be wise is to possess wisdom, to possess wisdom is to listen. Nobody can listen for Truth because of the screams of petulant fools. Statues are built of raw materials just as symbols are the product of an applied meaning. If one was to erect a statue which stood for the oppression of Black people it would not look like Robert E. Lee. It would be a fifty foot bronze noose, or whip, or shackles.

To tear down these symbols is another attempt to revise and distort history. These symbols are a part of history if for no other reason that they exemplify, not so much a time of Antebellum, but as a period of time when a culture was struggling with an identity crisis. To combat this, society should not be tearing down but building up. Recent ideas have emerged that encourage the building of new statues, right next to the old ones, that celebrate those that stood in opposition to oppression. Could you imagine how powerful and moving it would be to have a statue of Harriet Tubman and Martin Luther King Jr. standing next to Robert E. Lee and Stonewall Jackson? If you want to learn from history and make a better society, tell it. Do not erase it.

Both sides of this issue have corrupted and denigrated the truth of the matter. However, it must be pointed out, that the side attempting to change the meaning of the symbol to offend themselves so that their argument can be won through emotion rather than logic and reason has committed the greater offense to the truth. No greater condemnation of this offense of Truth can be found but for the words of Plato who said, “False words are not only evil in themselves, but they infect the soul with evil.” The opposition to these statues has falsified their meaning and infected themselves with an ailment whose symptoms create an ignorance to the lofty aspirations of intelligence such as reason, logic, and Truth. To summarize and scold the temper-tantric fringes on both sides comes a challenge from Plato. “You should not honor men more than truth.”